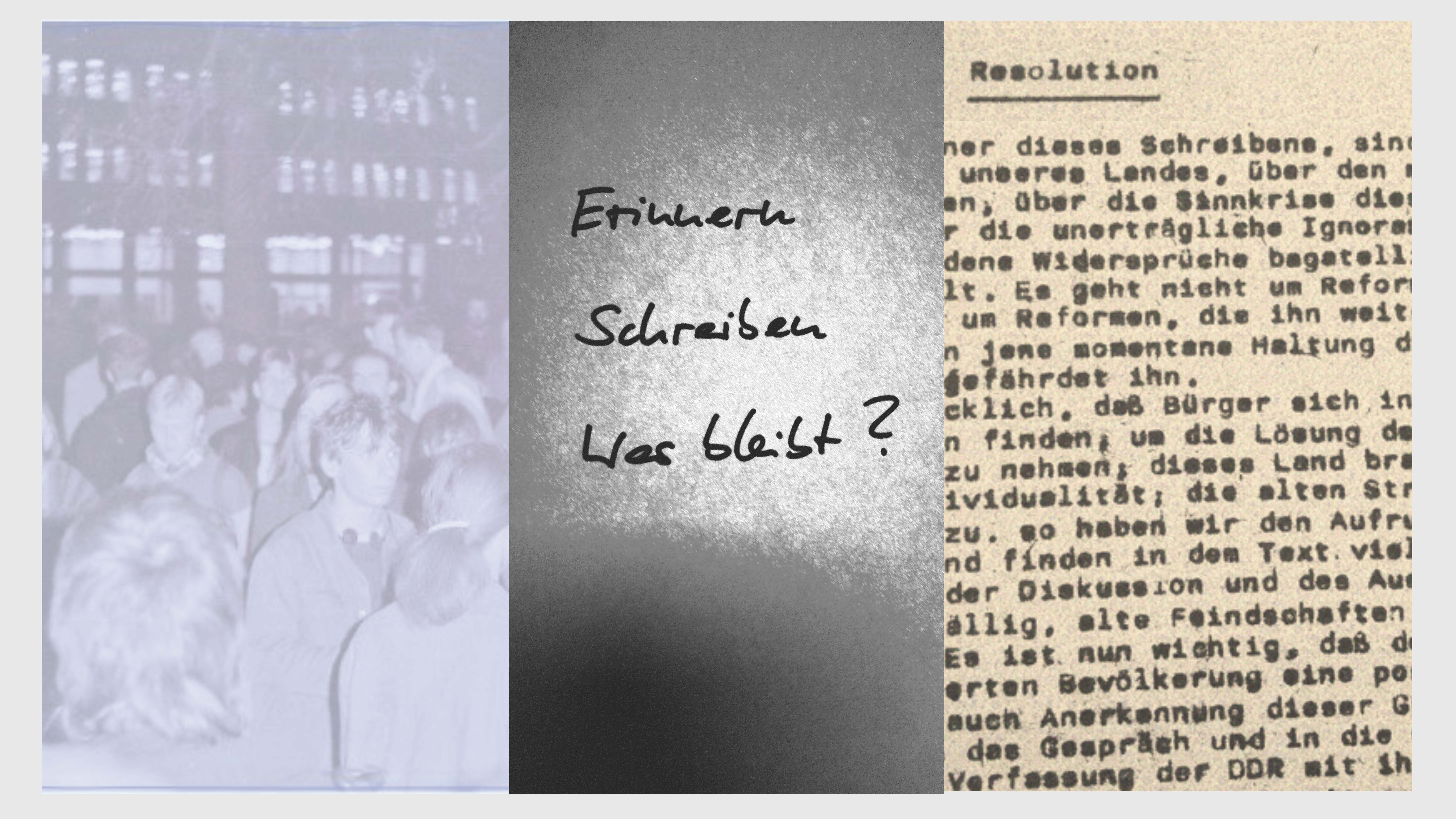 This project examines political, social, and cultural movements and tendencies that existed in the German Democratic Republic, teasing out potentials, frustrations, disappointments, and the many ideas that shaped the 1980s and the end of the GDR. Which stories existed and how do they stand vis-à-vis the current master narratives of a peaceful revolution, the wish, and euphoria for newfound freedom and the need for a market-driven economy? Much happened in the years immediately preceding the years before and after the Fall of the Wall, but little is known about the vibrancy of this time and the repercussions for recent developments on local, regional and global levels. This project is a contribution to the counter-narrative that tries to offer a more nuanced understanding of the social and cultural aspects that led to the Mauerfall and the unification of the two German states.

For this project, we interviewed former East Germans citizens from all walks of life, ages, and professions, active in organizing and participating in a range of social movements in East Germany in the 1980s. Beyond the well-documented Monday demonstrations in Leipzig, people were involved with environmental and women’s issues, the gay rights movement, among others. The interviews give insight into concrete actions and activities individuals and groups – such as the squatter scene in Potsdam – from before the Wende until the present time.

To commemorate the 30th anniversary of the Fall of the Wall, this collection of interviews hopes to contribute to the current memory debate by bringing together a range of ideas and actions that took shape in GDR society in the time leading up to the Wende. These revisions and differentiated views are also important in light of hopeful events and disconcerting developments in current Germany and worldwide – populist leaderships, nationalistic and anti-Semitic tendencies, the increased consciousness to save a dying planet, and a new feminist understanding expressed in the MeToo movement. Our interviewees also share with us thoughts and insights about why it still matters to talk about the GDR and how they connect GDR history with the current development in German society.

We are extremely grateful to everyone who was willing to talk to us about their memories and experiences. We would also like to thank the feminist archive FFBIZ in Berlin, and the DEFA Stiftung for allowing us to use their photographs. While many voices still need to be included, these responses created a narrative of diversity and give a sense of the richness of ideas and experiences that should defy the image of a “joyless dictatorship.”

*The interviews are in German with some parts translated into English.