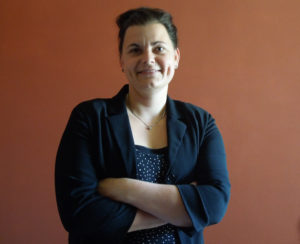 Katrin Bahr is a Visiting Assistant Professor of German at Centre College in Kentucky since August 2020. Her research interests cover GDR culture and history, colonialism, and post-colonialism with a focus on Africa, and Memory Studies. In 2016, Katrin Bahr and Melanie Lorek published the article “Ja wohin gehen sie denn?“: Die “3. Generation Ostdeutscher” zwischen Suchen und Finden am Beispiel des 1.5 Generationskonzepts”  in the anthology Die Generation der Wendekinder“: Elaboration eines Forschungsfeldes. In 2018 she curated the exhibition “East Germany in Mozambique: Private Photographs of a Forgotten Time” which was shown in the U.S., Mozambique, and Germany. Her recent article on private photographs taken by East Germans during their time in Mozambique was published in the edited book volume Navigating Socialist Encounters:  Moorings, Exchanges and (Dis)entanglements between Africa and East Germany (2021). You can reach Katrin at katrin.bahr@centre.edu.

Melanie Lorek is Assistant Professor of Sociology and Human Relations at CUNY School of Professional Studies. Her scholarship lies at the intersection of cultural sociology and applied research, with a special interest in the relevance and commemoration of socialist and post-socialist Germany and questions of social equity. She is currently preparing a book manuscript examining the ways in which the commemoration of East Germany’s socialist past is used to construct, build, and negotiate its present. You can reach Melanie at melanie.lorek@cuny.edu.

Claudia Sandberg is a film historian and filmmaker who works at the University of Melbourne in the School of Languages and Linguistics as Senior Research and Teaching Fellow. Her research focuses on German cinema, transnational cinematic relations between Europe and Latin America, women filmmaking, and questions of exile and migration in film. One of her most recent projects traces the participation of Chilean film personnel in German cinema East and West during the Cold War era. She made the feature-length Películas escondidas. Un viaje entre el exilio y la memoria (in collaboration with Alejandro Areal Vélez, 2016), a documentary that examines DEFA ‘Chile’ films as part of the audio-visual documentation of the Pinochet dictatorship. Claudia co-edited the volume Contemporary Latin American Cinema. Resisting Neoliberalism? (2018) together with Carolina Rocha and is currently working on a monograph about German-Jewish-Uruguayan filmmaker Peter Lilienthal. You can reach Claudia at claudia.sandberg@unimelb.edu.au. 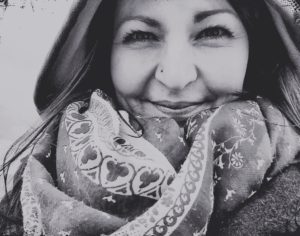 Juliane Schicker is Assistant Professor of German at Carleton College in Northfield, Minnesota. Her interdisciplinary research focuses on East German music, architecture, and the fine arts during the 1970s and 1980s. She is interested in artistic expressions of social change, musical engagement with socio-political issues, and the reception history of art in the GDR. She has published on works of the band Rammstein, contemporary HipHop artists, and Gustav Mahler, and has been working on projects about the Gewandhaus in Leipzig, the reception of Mahler in East Germany, and Rammstein’s new song “Deutschland.” Her next project will move from classical to popular music and trace the work of female rock musicians in the GDR. You can reach Juliane at jschicker@carleton.edu.