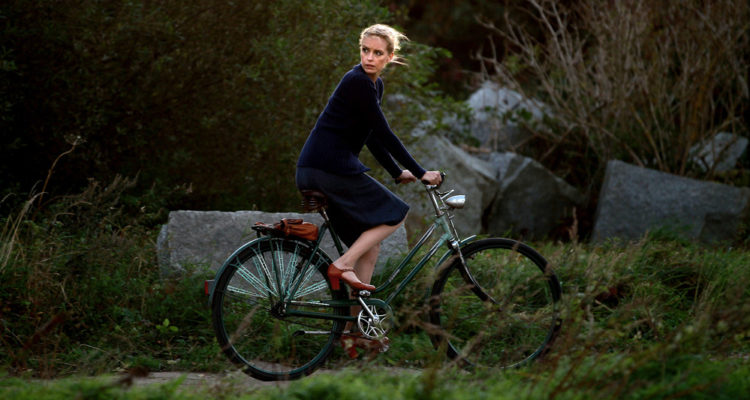 The first contribution to “Vereinigung” (unification), a subject that will be the main focus in our network during this year, enters the debate from the discipline of film studies. It is an essay about German filmmaker Christian Petzold, originally the accompanying text to a 2019 retrospective of Petzold’s films at the Academy of the Moving Image (ACMI) in Melbourne. “Vereinigung” appears implicitly in his filmscape that deals with German and European history from World War II to the present time. Petzold’s work is populated by younger and middle-aged protagonists and alludes to conflicts generated by historical events beyond their power; lives that have been conditioned by decisions others have made for them, while they try to overcome limitations in their own way and manner. These issues are at the heart of the debate of “Vereinigung” and will be dealt with in further entries.

Betrayed lovers, unfulfilled desires and second chances are ingredients in Petzold’s thoughtful cinema that comments on the human condition in the political calamities which have destroyed, divided and reunited German society in more than half a century.

Over the course of a career that started with his graduation film at the German Film and Television Academy Berlin, Pilotinnen (Pilots, 1995), Christian Petzold (born in 1960) has emerged as one of the most critical voices of German film. To date, he has made sixteen films for television and cinema that have garnered important national and international prizes.

Petzold’s feature films deal with the afterlife of terrorism (Die innere Sicherheit/The State I am in, 2000), East Germany and post-reunification issues (Yella 2007, Jerichow 2008; Barbara, 2012), and lately, the heritage of World War II and the Holocaust (Phoenix, 2014, Transit 2018). The collaboratively made thriller trilogy Dreileben (Three Lives) was the TV highlight of the year 2011. Where fellow German directors reanimate life in the Weimar Republic and continue to mystify the East in ever more opulent pictures, Petzold’s films stimulate spectators to look for meaning in the symbolic world of his concentrated images and otherworldly soundscapes. Films such as Yella or Wolfsburg (2003) undo the rationalities of fast-paced life in urban settings, expose the tricks of tastefully dressed venture capitalists, and examine the facets of a materialistic society. Petzold’s characters are often caught in ‘dead’ spaces and haunted by choices made earlier in their lives. 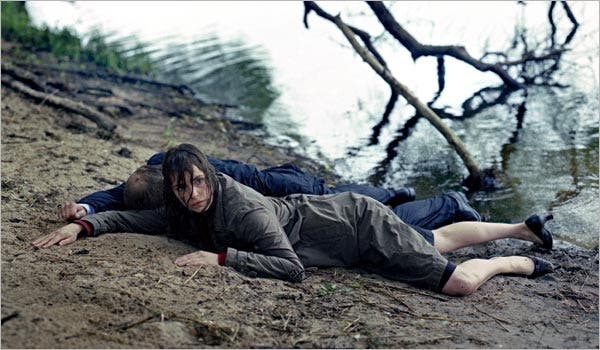 Yella wakes up after her ex-boyfriend (Hinnerk Schönemann) drove their car into river. Still from Yella (2007)

The name of the director is closely associated with that of the Berlin School, a filmmaking tendency that was praised by film scholars and critics to fill in for the New German cinema, as ‘a coming to terms’ with the problems of contemporary Germany. Aside from Petzold’s works, the films of Christoph Hochhäusler, Angela Schanelec, or Ulrich Köhler indeed present an updated version of a socio-critical cinema that considers the preoccupations and desires of current generations in technically sleek formulas.

Petzold’s The State I Am In could be read as a sequel to the 1978 omnibus film, Germany in Autumn (comprised of episodes directed by filmmakers including Rainer Werner Fassbinder and Alexander Kluge). The film re-evaluates the goals behind the German student movement and its radicalisation in the 1970s as the idealist baggage of an ageing generation. Hans (Richy Müller) and Clara’s (Barbara Auer) terrorist activities have strapped them to a clandestine existence for more than twenty years, changing identities as they hide in the outer margins of Europe, while most of their former friends, who once stood with them for a more just anti-capitalist society, are now comfortably adjusted to the luxury of market capitalism. Of the agitation that once had driven the couple remains the conviction to hold on to the virtues of a simple life. But the film focuses on their adolescent daughter, Jeanne (Julia Hummer) who, having grown up rootless and with a prescribed suspicion of consumerism, suddenly rebels against her conditions, desiring friends, love, and clothes.

Like Jeanne, Barbara (Nina Hoss), in Petzold’s film of the same name, re-evaluates her plans to escape from a life that limits her. Trained as a doctor, Barbara had held a position at the prestigious clinic Charité in the capital Berlin. Having declared her wish to emigrate from the German Democratic Republic, she becomes relegated to work in a provincial hospital in the rural north of the country, where she is given a small flat in a dilapidated building. Initially showing a cynical and disdainful attitude towards her environment, something in her comes alive when she rides her bicycle in the windswept landscape close to the sea and breathes in the cool air of its forests. The colours, sounds and smells create an affective memory of this space as Heimat (home); sensual experiences that contribute to Barbara’s reluctant warming to the people around her, including her growing attraction to colleague Thomas (Roland Zehrfeld). Barbara rectifies monolithic views of the GDR that are stubbornly alive even on the eve of the thirtieth anniversary of the Fall of the Berlin Wall. The film, having won a Silver Bear at the 2012 Berlin Film Festival and multiple other German film prizes, is one of the few films to shed light on the GDR as a place where desperation, stagnation and hope co-existed.

Barbara (Nina Hoss) rides her bike through the woods, anxiously looking around to make sure that no one follows her. Still from Barbara (2012).

The efficient style of Petzold’s films relies on collaboration with a crew that has accompanied him in most of his films; contributors such as photographer Hans Fromm, editor Bettina Köhler and composer Stefan Will. Until his death in 2014, former teacher, experimental filmmaker and friend Harun Farocki co-developed and co-scripted many of Petzold’s projects. Actress Nina Hoss has become a regular in his films, a symbiosis that began with the feature film Wolfsburg, in which Hoss plays a mother falling in love with a car salesman who accidentally runs over her young child. Since then, she has had the lead in five more films by the director.

In Phoenix, paired up again with Zehrfeld (aka Thomas in Barbara), Hoss’s mesmerizing face is the locus of a melodrama set in the early post-war years. In the role of the Jewish-German Nelly, she returns to the man who betrayed her, a broken woman. Presumed dead and after having undergone facial surgery, Johnny does not recognise his former wife. It is due to Petzold’s choice to frame his story as a film noir and Hoss’s restrained performance that we accept Nelly as a concentration camp survivor who is transformed into an elegantly dressed, seductive figure. Phoenix’s play of illusion, manipulation, and guilt borrows from Hitchcock’s Vertigo (1958). Where James Stewart wants his new partner to mirror his dead lover but does not recognise her, Johnny plans to use Nelly as her doppelgänger to cash in on her money. Keeping doubts alive as to whether Johnny knows Nelly’s truth until the very end, Petzold’s film delves into the darkest depths of German history and psyche.

After having made two historical films, Barbara and Phoenix, Transit is a forceful return to Germany in present day Europe. The flagship of the current ACMI film series dedicated to Petzold, Transit is a film of strange beauty populated by characters caught in a ‘no-place’ who walk around as mere shadows of themselves. Based on the novel by Jewish-German writer Anna Seghers – who spent time in Marseille before emigrating to Mexico via New York with her Jewish husband in 1941 – Petzold’s adaptation locates the story of a looming escape from Nazi-occupied France in a contemporary setting.

The temporally ambiguous spaces of the film highlight current concerns and make historical ones pressingly acute. In the blurring of past and present into one imagined physical reality, the film eloquently demonstrates that Europe has always been a place of departure for some and a port of arrival for others. 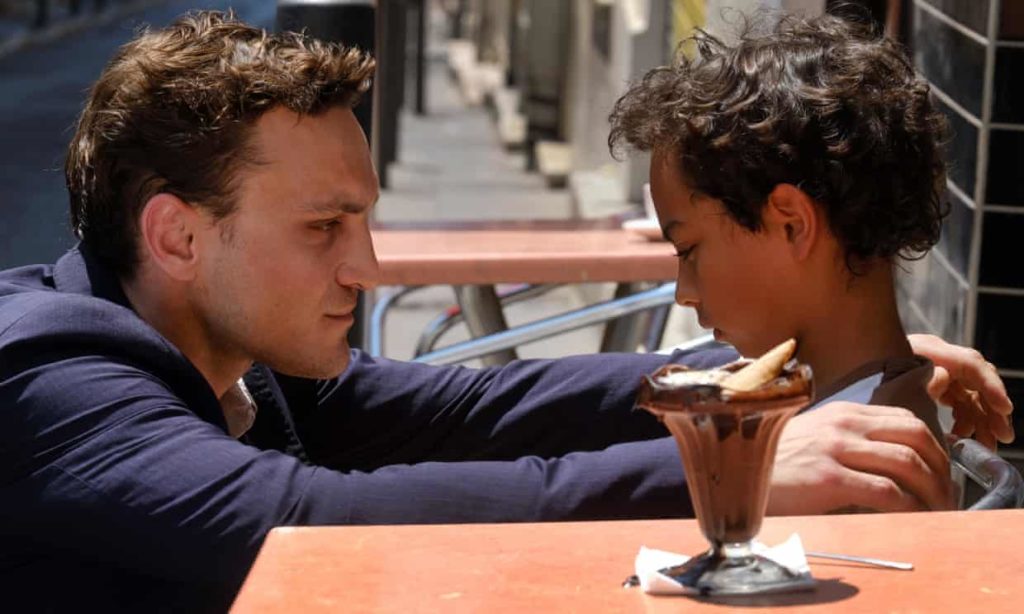 After a narrow escape in Paris, Georg (Franz Rogowski) visits the family of his colleague Heinz, who occupies a shabby apartment in the outer suburbs of Marseille. These scenes are an unmistakable reference to the current humanitarian crisis in Europe. Ships acquire a symbolic value again, as they cruise the Mediterranean seas, carrying desperate and penniless passengers.

In the agonies of waiting, Petzold gives his protagonists time to rethink their escape plans and to see beyond their own predicament: when Georg or Barbara finally decide to give away their tickets to freedom, this moment becomes an act of solidarity and commitment. And in their sudden mobilisation after a long hiatus, love plays a bigger part than they may want to give it credit for.